Find this article at:
go.ncsu.edu/readext?799368
— Written By Molly Sandfoss

Kudos to Janet Bryan who leads the McDowell Expanded Food Nutrition Education Program. Janet was awarded the New EFNEP Educator Award. This award is presented to EFNEP educators who demonstrate the ability to meet and exceed the goals of the program within their first three years of employment. 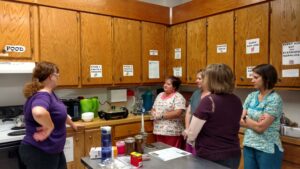 Janet loves her work! It is evident in the camaraderie she has forged with each school, class, and group. Janet frequently shares about interactions that she has with parents of the students she has taught. The fact that they take the concepts home that they have learned demonstrates Janet’s talent as an educator. Janet has brought many strengths to McDowell County EFNEP…connections with the community, her ability to teach, enhance the curriculum, use of technology, and downright enthusiasm for the job.

Pamela Foster, EFNEP Extension Associate, said, “The asset I recognize in Janet is her pride and professionalism in being an EFNEP Educator.”

McDowell EFNEP was also awarded the Team Award at the recent virtual EFNEP Awards Ceremony. The Team Award celebrates teams, which exhibit a cooperative spirit, using innovative ideas and approaches to meet the needs of limited resource families in the county. 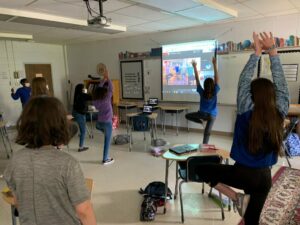 Janet said, “As a team, we have overcome so many obstacles–technical issues, illness, and others to make these classes happen. They are serious about bringing nutrition education to their students and encourage me daily.”

Congratulations to the team of Janet Bryan, Stephanie Faw, and Shawna Lytle! 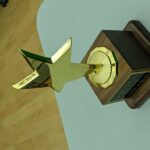 The Golden Stars of EFNEP are individuals, groups, or agencies both internal and external, who have significantly contributed to the county program.

Ms. Faw also required her students to submit 3 things they learned from each class whether on video or text. Stephanie Faw is truly a Golden Star in our EFNEP world.

The next time you see Janet Bryan, Stephanie Faw, or Shawna Lytle, make sure to congratulate them. These awards were well deserved. Janet teaches both youth and adults. To learn more about EFNEP, please reach out to Janet at 828-652-8104. You won’t be disappointed.

We also have a few other email lists you can subscribe to.